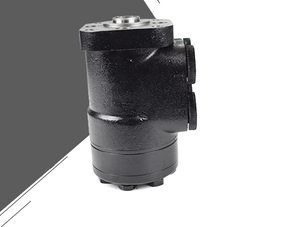 Electromechanical and hydraulic power steering systems. The role of the forklift steering wheel is to reduce the steering wheel operating force while ensuring that the steering wheel is rotated at an angle proportional to the tire's turning angle. At the same time, it is necessary to have a certain inverse efficiency, in order to feedback the road surface, which is often said to be a sense of hand. The principle is to realize the steering by the rotation of the screw and the lateral movement of the rack to drive the left and right movements of the rear wheel.
Second, forklift steering machine common faults
1. Steering machine oil leakage
The outward leakage of the forklift steering gear is nothing more than several positions: the steering gear cover, the high-pressure steering oil pipe and the joint, the side end cover and the steering shaft arm joint. These parts have sealing rings that can be solved by replacing the new oil seals and seals. If oil leaks from other parts, it is likely to be trachoma or wear and tear in the steering wheel housing of the forklift. High-pressure steering tubing oil leakage can only be replaced with new ones.
2, the steering is heavy
Generally speaking, the causes and phenomena of the steering wheel steering gear are heavy:
1), steering machine failure
By checking if the steering gear assisted oil pressure is low, the reason for the heavy direction is the steering gear. At this time, professional forklift manufacturers should be asked to carry out repairs. Generally speaking, most of the steering machine failure is caused by the piston, the cylinder barrel being damaged, or the piston on the piston is damaged, causing the two chambers of the piston to communicate, so that the assist pressure cannot be effectively established. In addition, the various sealing rings on the circumferential surface of the piston and the sealing ring on the steering screw are damaged, which also causes high-pressure unloading, and the boosting pressure is lowered.
2), single side steering heavy
In practice, it tends to turn lightly in one direction and turn to a heavy fault in the other direction, which is generally due to leakage of the seal responsible for sealing the high pressure chamber on one side. Such as steering screw seals, oil seals on the circumference of the piston. 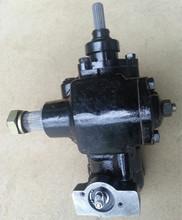 3) The directions on both sides are heavy.
If there is a heavy fault in the direction, especially if the direction is heavy on both sides, the reason should be found from two aspects: on the one hand, the reason for finding the mechanical part, if there is no problem in the mechanical part, then look for the cause of the steering assist.
The main reason for the heavy mechanical direction is the steering knuckle. Long-term maintenance, the steering column and bushings are seriously lack of oil, wear and even ablation, will cause heavy direction. Plane thrust bearings that turn to the column can cause heavy directional failure if they are severely worn or damaged.
The failure of the mechanical part can be observed by observing the appearance of the steering column and the steering knuckle and by sensing the resistance of the left and right swings of the front wheel by moving the front wheel. If there is no problem by checking the steering mechanical part, it is apparent that the steering assist portion is malfunctioning. We can use the method described in the previous section to quickly and accurately identify the location that caused the heavy fault, and then disassemble to find out the cause of the fault.
4), heavy direction is heavy
If you turn the direction slowly while turning, the direction is light. If you hit the direction quickly during a sharp turn, the direction will be heavy immediately. This shows that the effective displacement of the booster pump is not enough when the direction is fast. The supplement of the booster oil to the high pressure chamber of the cylinder can not keep up with the movement of the piston, and the assisting oil pressure cannot be established, thus reflecting the heavy fault of the steering. This type of failure is mainly in the booster pump. This can be caused by leakage of the booster pump flow control valve, spring failure, and severe wear on the pump blades and chamber surfaces.
PREVIOUS：What are the forklift engine overhaul accessories NEXT：How to install and use forklift safety belts